The Peace and Security Council (PSC) is the standing decision-making organ of the AU for the prevention, management and resolution of conflicts. It is a collective security and early warning arrangement intended to facilitate timely and efficient responses to conflict and crisis situations in Africa. It is also the key pillar of the African Peace and Security Architecture (APSA), which is the framework for promoting peace, security and stability in Africa.

The Protocol Relating to the Establishment of the Peace and Security Council was adopted on 9 July 2002 in Durban, South Africa, and entered into force in December 2003. The PSC became fully operational in early 2004. The PSC Protocol, together with the PSC Rules of Procedure, the AU Constitutive Act and the conclusions of various PSC retreats, provide operational guidance to PSC activities.

The powers of the PSC, in conjunction with the Chairperson of the AU Commission, include to:

The PSC has 15 members with equal voting powers. All members are elected by the AU Executive Council and endorsed by the AU Assembly during its ordinary sessions. For continuity, five members are elected for three-year terms and 10 for two-year terms. While there are no permanent members, the PSC Protocol does not prevent any Member States from seeking immediate re-election.

PSC members are elected according to the principle of equitable regional representation and rotation as follows.

Article 5(2) of the PSC Protocol lists criteria used in electing PSC members, including: contribution to the promotion and maintenance of peace and security in Africa; participation in conflict resolution, peace-making and peacebuilding at regional and continental levels; willingness and ability to take up responsibility for regional and continental conflict resolution initiatives; contribution to the Peace Fund and/or Special Fund; respect for constitutional governance, the rule of law and human rights; and commitment to AU financial obligations.

The PSC Secretariat provides direct operational support to the PSC, and is housed within the Peace and Security Department of the AU Commission.

The PSC is assisted by the AUC, Continental Early Warning System, Panel of the Wise, African Standby Force and the Peace Fund. The PSC also works in collaboration with the Regional Economic Communities (RECs) and Regional Mechanisms (RMs) for Conflict Prevention, Management and Resolution; the UN Security Council and other similar international organisations; civil society organisations; and other AU organs, including the Pan-African Parliament and the African Commission on Human and Peoples’ Rights.

APSA is the umbrella term for the key AU mechanisms for promoting peace, security and stability in the African continent.

The Peace and Security Council (PSC) is the main pillar of APSA. The pillars of APSA are The Panel of the Wise, Continental Early Warning System (CEWS), African Standby Force (ASF) and the Peace Fund.

Additional components of APSA are the Military Staff Committee, a subsidiary body of the PSC, and the Regional Mechanisms for Conflict Prevention, Management and Resolution.

Panel of the Wise

The Panel of the Wise supports the PSC and the Chairperson of the AUC in the promotion and maintenance of peace, security and stability in Africa, particularly in the areas of preventive diplomacy and mediation. It is supported by the Department of Peace and Security’s Conflict Prevention and Early Warning Division through the Secretariat of the Panel, in line with the PSC-adopted Modalities for the Functioning of the Panel of the Wise. Under the Modalities, the Panel’s mandate includes advising the PSC and Chairperson; undertaking all such actions deemed appropriate to support the efforts of the PSC and Chairperson for preventing conflict; making pronouncements on any issue relating to the promotion and maintenance of peace, security and stability in Africa; and acting at the request of the Council or Chairperson, or on its own initiative. The Modalities also provide for the Panel’s role to include facilitating channels of communication between the PSC or the Chairperson of the Commission and parties involved in conflict; undertaking mediation actions and advising mediation teams; and carrying out fact-finding missions.

The Panel meets when required or at the request of the PSC or Chairperson of the AU Commission. It is required to meet at least three times a year.

Pan-African Network of the Wise (PanWise)

The Pan-African Network of the Wise (PanWise) brings the Panel of the Wise together with regional counterparts with complementary responsibilities. The objective of PanWise is to strengthen, coordinate and harmonise conflict prevention and peace-making efforts in Africa under a single umbrella. PanWise undertakes activities such as mediation, conciliation and fact-finding missions; the promotion of democratic principles, human rights and international humanitarian law; joint research with the Regional Economic Communities (RECs); workshops to share best practices and lessons learned; and joint training and capacity-building initiatives. The modalities for meetings are still under discussion.

FemWise–Africa is a subsidiary body of the Panel of the Wise following recommendations by the Panel. The Panel’s report Mitigating Vulnerabilities of Women and Children in Armed Conflicts in Africa advocated for at least four key actions to be taken by the AU Commission: the appointment of a permanent Office for Women, Peace and Security; formulation and launch of an AU Gender Peace and Security Programme (GPSP); establishment of a permanent Open Session of the Council on Women, Peace and Security; and the launch of FemWise–Africa. FemWise–Africa will focus on strengthening the role of women in conflict prevention and mediation in the context of APSA by providing a platform for strategic advocacy, capacity building and networking. It will aim to ensure that peace processes in Africa are shaped with the contribution of women’s leadership and participation. FemWise–Africa launched operations by providing technical and mediation support to four ongoing peace processes in Africa, and was mandated in July 2017 by the Chairperson of the Commission to undertake efforts to fully operationalise.

The Continental Early Warning System (CEWS) is  one of the pillars of the African Peace and Security Architecture (APSA) and its main objective is to anticipate and prevent conflicts on the continent, and to provide timely information about evolving violent conflicts, based on specifically developed indicators.

CEWS consists of the:

The Situation Room, which is the hub of CEWS, operates 24 hours a day, including weekends and holidays. Its main task is information monitoring and data collection on simmering, potential, actual and post-conflict initiatives and activities in Africa. The Situation Room monitors and reports information in order to facilitate timely and informed decision-making.

The PSC Protocol, article 12, also provides for coordination and collaboration with international organisations, research centres, academic institutions and non-governmental organisations (NGOs) to facilitate the functioning of CEWS. The Framework for the Operationalisation of CEWS, adopted by the Executive Council in 2008, stresses the importance of collaboration with civil society organisations (CSOs) and stresses conflict prevention as a prerequisite to achieving peace, security and stability in Africa.

The role of the Peace Fund is to provide “the necessary financial resources for peace support missions and other operational activities related to peace and security”. The PSC Protocol provides for the Fund to be made up of financial appropriations from the regular AU budget; voluntary contributions from Member States, international partners and other sources, such as the private sector, civil society and individuals; as well as through fund-raising activities. The Chairperson of the AUC is mandated to raise and accept voluntary contributions from sources outside Africa, in conformity with the AU’s objectives and principles.

The PSC Protocol also envisaged a revolving trust fund within the broader Peace Fund that would provide a standing reserve for specific projects in case of emergencies and unforeseen priorities. The level of funding required in the revolving trust fund is to be determined by the relevant AU policy organs on recommendation by the PSC.
In January 2016, the Chairperson of the AU Commission appointed Donald Kaberuka, a Rwandan economist, former Minister of Finance and former President of the African Development Bank, as the AUC High Representative on the Peace Fund. His mandate included identifying and mobilising resources for AU peace and security-related activities in order to assist the AU to meet its commitment of providing 25 percent of the cost of AU-led Peace Support Operations (PSOs) by 2020.

AU Assembly decision 605(XXVII) of July 2016 included adopting recommendations from the High Representative for the Fund to have three thematic windows, Mediation and Preventive Diplomacy, Institutional Capacity and Peace Operations; clear governance structures; and independent fund management. In April 2017, the Chairperson of the AU Commission decided to expand Dr Kaberuka’s mandate to include the overall funding of the AU.

The PSC Protocol relating to the Establishment of the Peace and Security Council, provides for an African Standby Force to be established to enable the PSC to perform its responsibilities with respect to the deployment of peace support missions and intervention.

The PSC Protocol provides for the ASF to perform:

The PSC Protocol further provides that the ASF shall be composed of standby multidisciplinary contingents, with civilian and military components in their countries of origin, ready for rapid deployment. As of September 2017, the ASF was composed of pledged capabilities in five Regional Economic Communities/Regional Mechanisms (RECs/RMs), Planning Elements (PLANELMs) in Regional Headquarters in each of the five regions, a  Continental Logistics Base (CLB) in Douala, Cameroon, and five Regional Logistics Depots (RLDs) under initial operationalisation. A Regional Standby Force six-month rostering system (in the English alphabetical order) began from 1 January 2017, in line with the Declaration of the Ninth Ordinary Session of the Specialised Technical Committee on Defence, Safety and Security in June 2016.

The PSC Protocol provides for Peace Support Operations (PSOs) to be a function and tool of the PSC and gives the Council powers to “authorize the mounting and deployment of peace support missions” and “lay down general guidelines for the conduct of such missions, including the mandate thereof, and undertake periodic reviews of these guidelines”. PSC operations are also authorised by the UN Security Council in accordance with the UN Charter, Chapter VIII, article 53(1).4

Nine AU-mandated PSOs have been deployed since 2003, as well as four AU-authorised missions. Each PSO has varied in nature, personnel strength, duration and budget. Most operation mandates are renewed periodically and can be revised if necessary. Funding arrangements vary between missions and include a mix of sources such as the AU Peace Fund, international bilateral and multilateral partners and, in some cases, UN trust funds. The PSOs mounted to date include: African Union Mission in Somalia (AMISOM), African Union–United Nations Mission in Darfur (UNAMID); Regional Cooperation Initiative for the Elimination of the Lord’s Resistance Army (RCI-LRA); Human Rights Observers and Military Experts in Burundi. In addition Sub-regional security arrangements have been rolled out including the Multinational Joint Task Force (MNJTF) against Boko Haram and G5 Sahel Joint Force

Other Bodies Related to the PSC include the African Union Police Strategic Support Group (PSSG) which) was launched in June 2013, under the Peace and Security Department (PSOD) of the AUC , to provide strategic and technical advice and support to the PSC, AUC and Member States on police matters in the context of AU-led Peace Support Operations. The PSSG consists of two main levels, Chiefs of Police from the police contributing countries and technical experts.

Find out more about the AU’s activities on Conflict Resolution, Peace and Security by visiting (hyperlink to What we do link )

END_OF_DOCUMENT_TOKEN_TO_BE_REPLACED 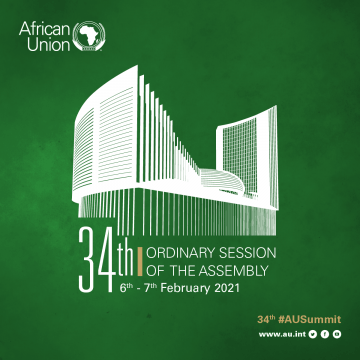 "Levers for Building the Africa We Want"